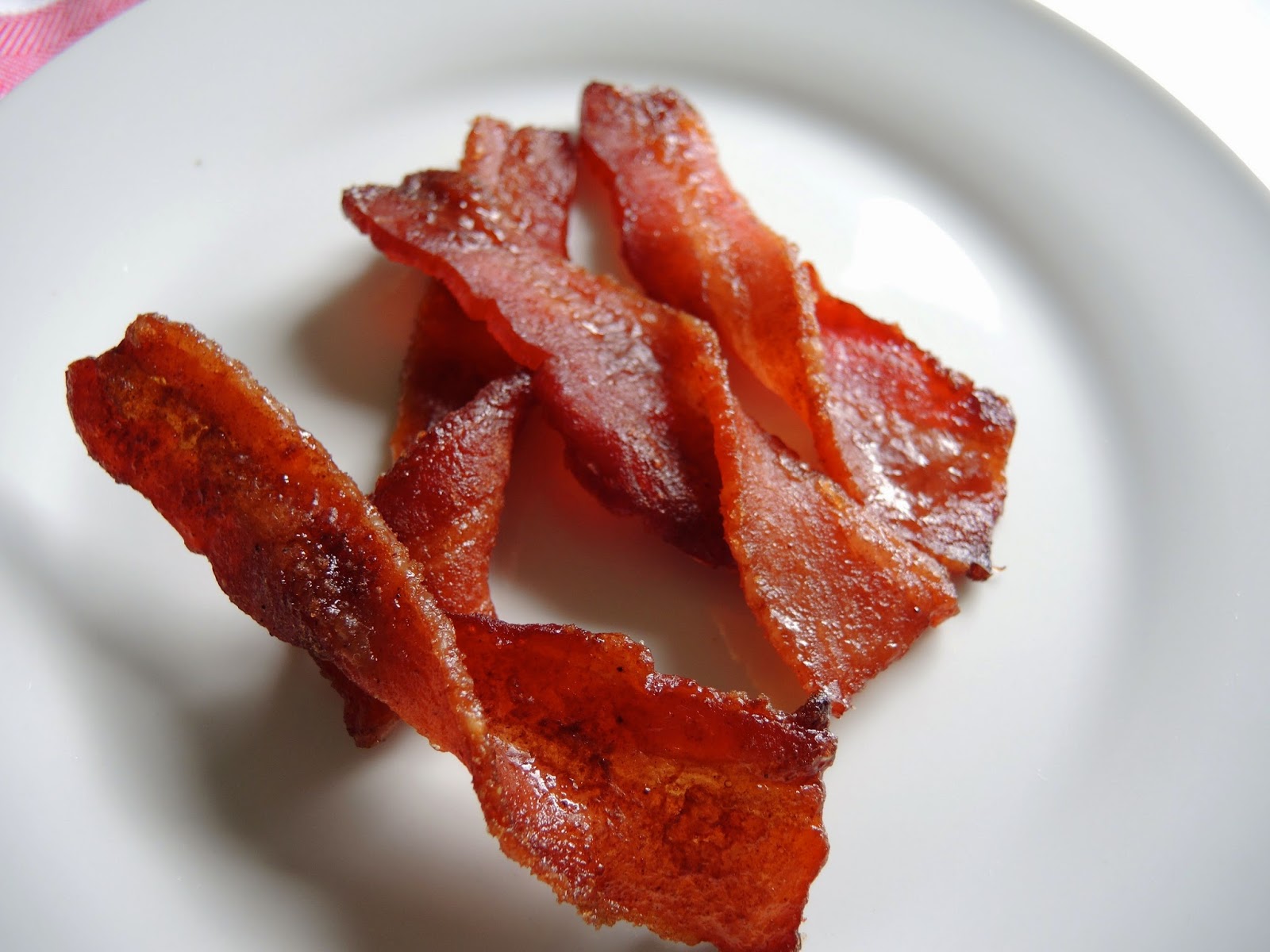 I read that bacon and kale are over.  Yes, they both popped up in all sorts of recipes this past year, even one of my own.  While I'm sure no one is really upset to learn that kale has been given a rest I beg to differ on bacon being done.  Perhaps it won't be added to everything under the sun, but being over, really?  I think not.  If you choose that to be the case in your household, then so be it, but bacon will never be over in mine.

Case in point is this addictive Brown Sugar Bacon recipe.  It is best to have people in the house to help eat it or you might just eat it all yourself.  Which is pretty much what I did because Addison had gone back to school and Maddie was so busy with school and activities that I had way too much time alone with the bacon - not a great thing for the waistline.  I dare you to eat just one piece.  It is nearly impossible. 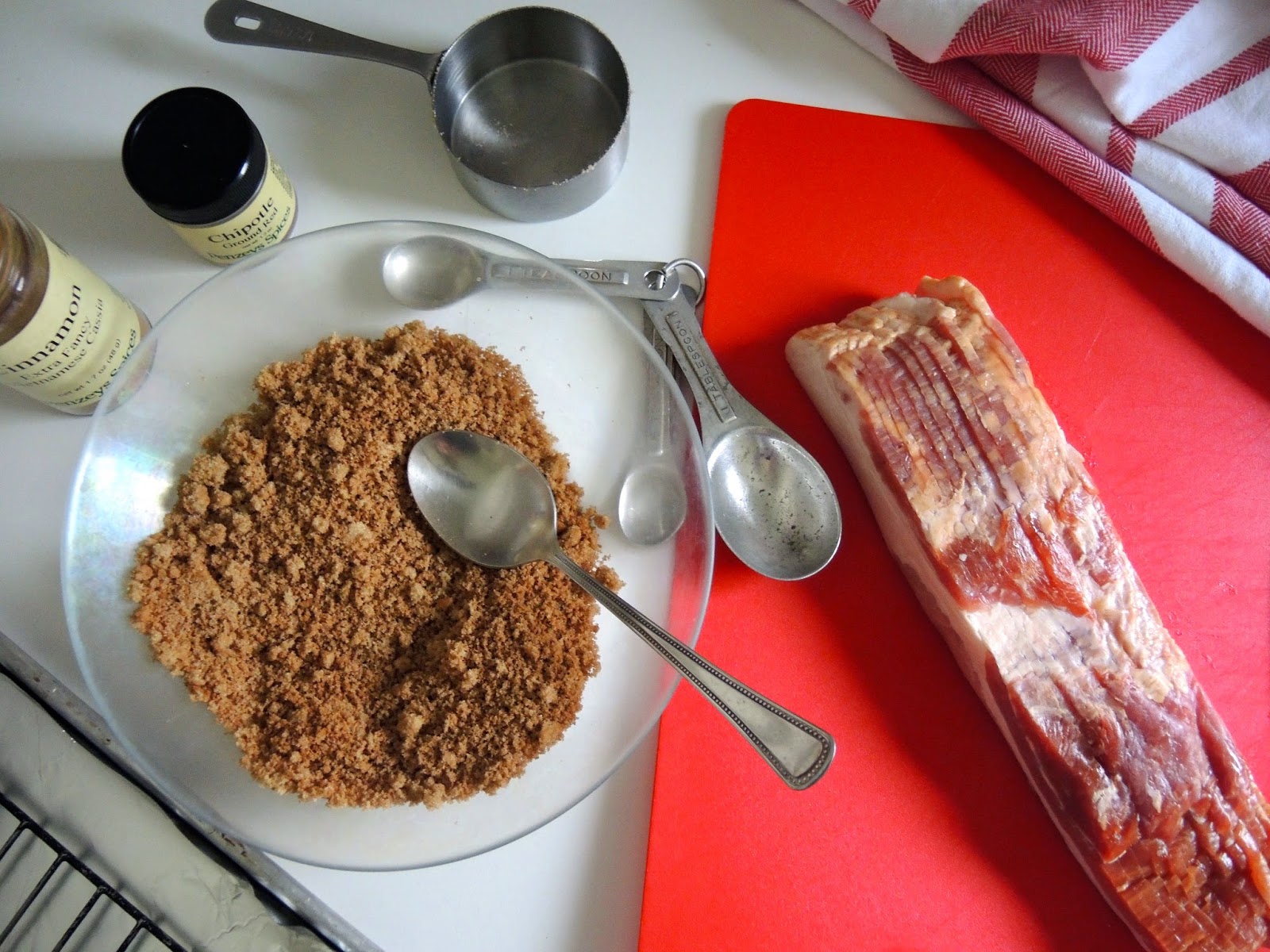 The bacon is done in the oven which frees up stove space to make eggs, pancakes or french toast. Just pop it in the oven while you prepare the rest of the meal or it can be made well in advance and left at room temperature until ready to serve.  It makes a perfect addition to a brunch buffet or mix it up a little and serve it with appetizers and drinks.

Thin-cut bacon can be used instead of thick-cut, but reduce the baking time to 15-20 minutes and watch closely as the brown sugar burns easily.  The pepper is optional, but it adds a nice spicy kick.  I used chipotle pepper, but fresh-ground black pepper or cayenne work just fine.  I love applewood smoked bacon, so that is what I used, but any bacon will do.

Preheat the oven to 350℉ degrees (175℃ ).  Cover two rimmed baking sheets with aluminum foil and place cooling rakes on top of the foil in the trays.

Mix together brown sugar, cinnamon, and pepper (if using) in a large shallow bowl.  Cut bacon in half crosswise with a sharp knife.  Coat each piece of bacon thoroughly with the brown sugar mixture.  Twist bacon once or twice in a spiral and place on the rake over the foil covered baking sheet. 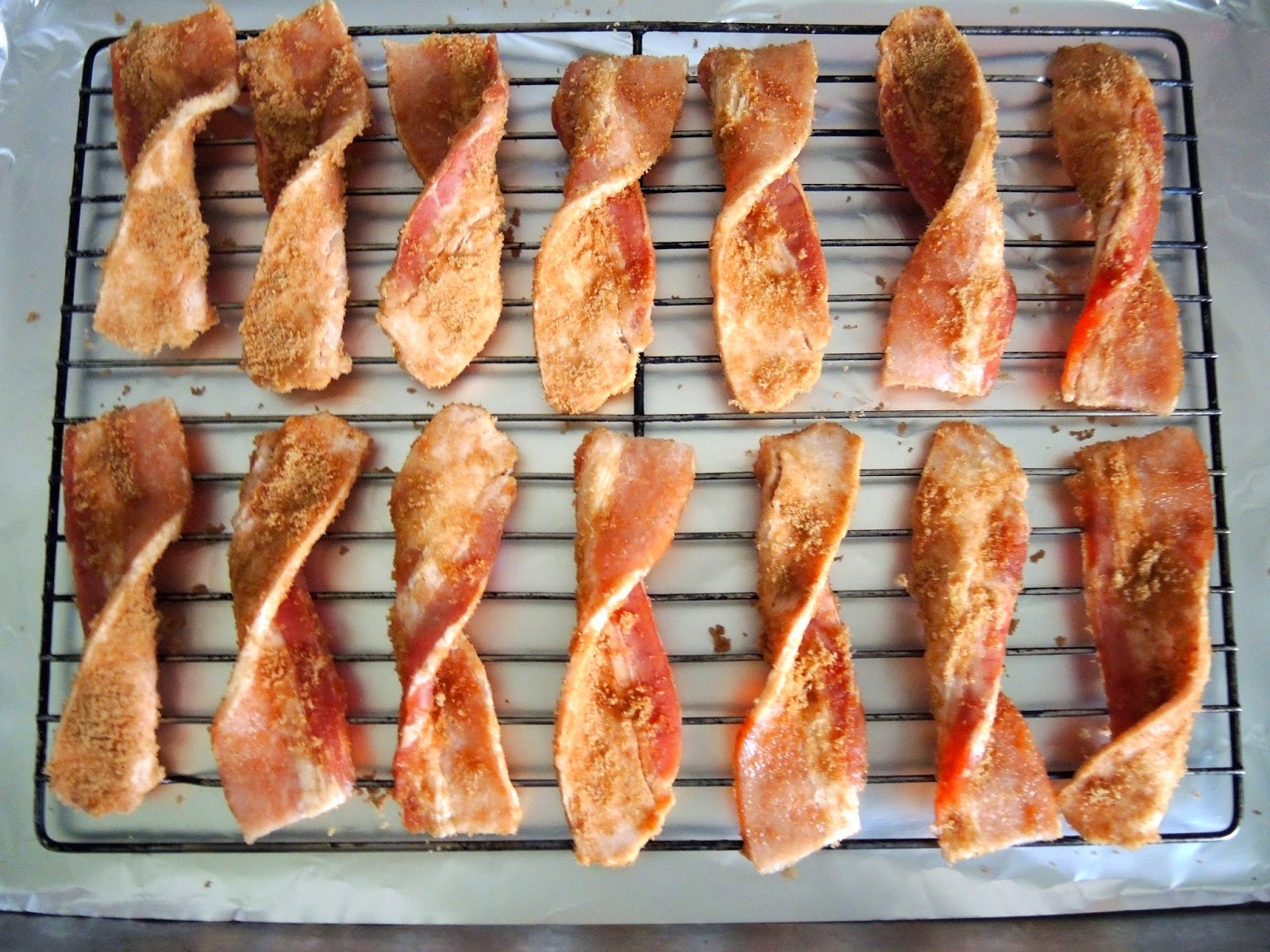 Bake for 25-35 minutes rotating the trays for even cooking until the bacon is to the desired crispness.  Watch closely as the brown sugar burns easily.  Allow to cool before serving.  The bacon can be made ahead of time and left at room temperature until ready to serve. 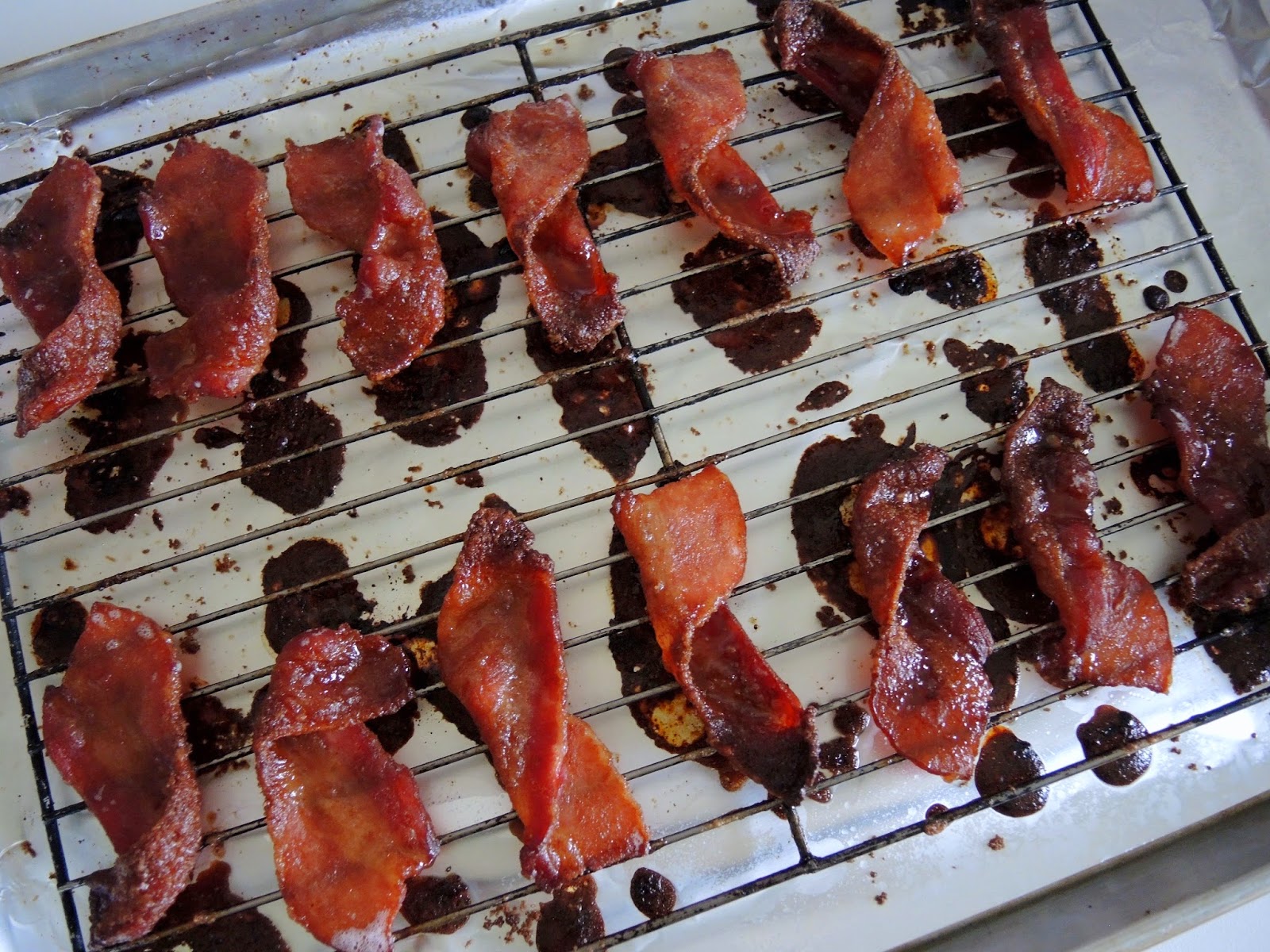