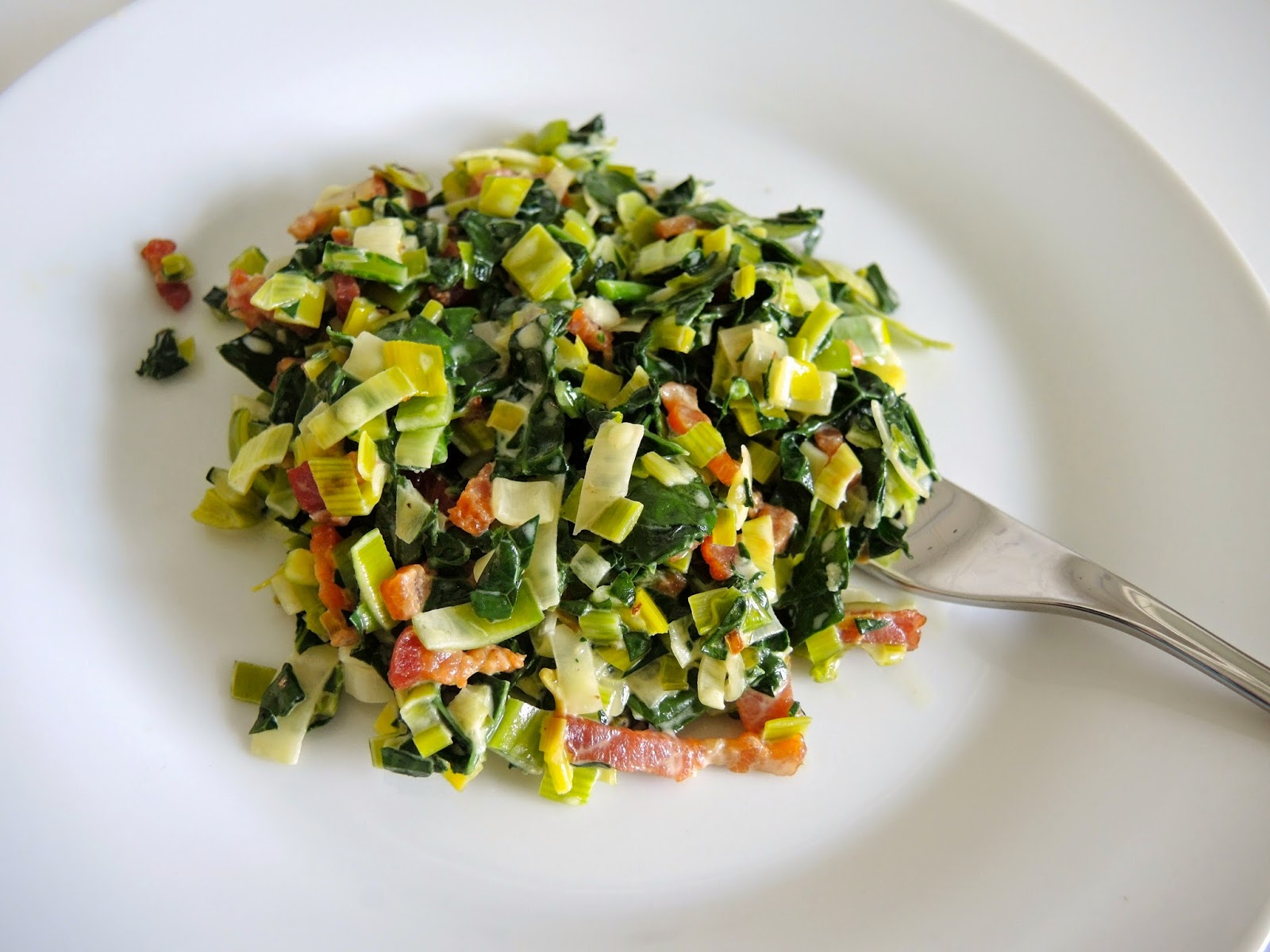 While at dinner with dear friends recently I ordered salmon. Normally I like to study the menu, but we were deep in lively conversation and I didn't want to be distracted even for food. So, when I took my first bite I stopped mid-sentence and added a mmm. The grilled salmon was good, but the creamy concoction it rested upon totally caught my attention. The server happened to appear at the very moment I uttered mmm. "What did you say the salmon was on a bed of" I inquired since I had skipped the details given our engaging conversation, the dim-lighting, small print, and my aging eyesight. "Creamy leeks." He enthusiastically exclaimed. "Hmm, I muttered eyes rolling back in my head checking my mental food rolodex for a salmon and leek combination. I couldn't find one. Why hadn't I thought of this before?

A few days later I found myself standing in the grocery store gazing longingly at a large pile of glorious leeks just waiting to be turned into that delicious dish. Dark green kale nestled up next to the leeks. Why not? I thought. Somehow adding a little kale seemed the appropriate way to negate the calories the bacon and cream would add. And so my creamy leeks gladly married the kale et voilà a delicious side for salmon, or whatever is on your menu tonight. 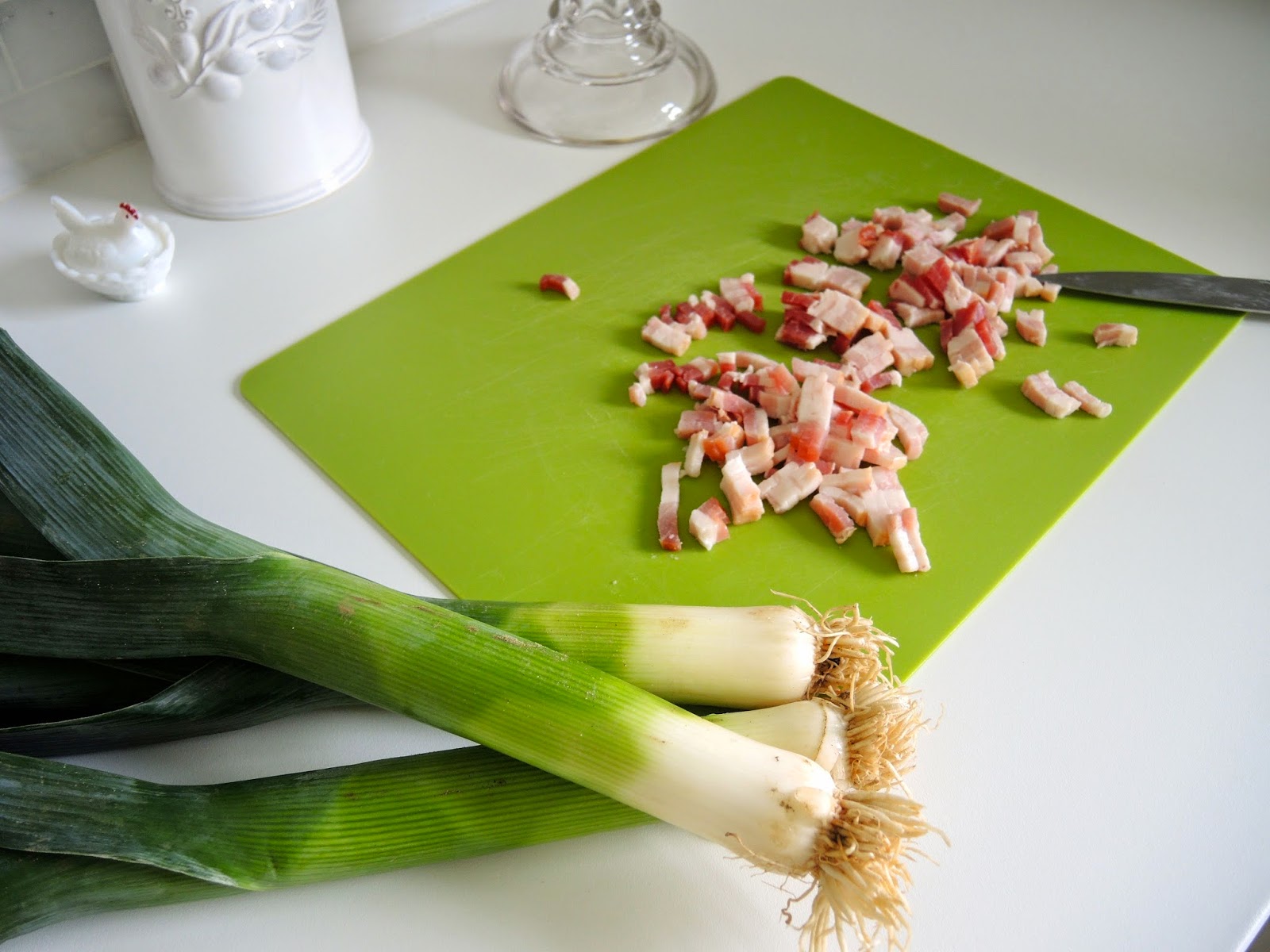 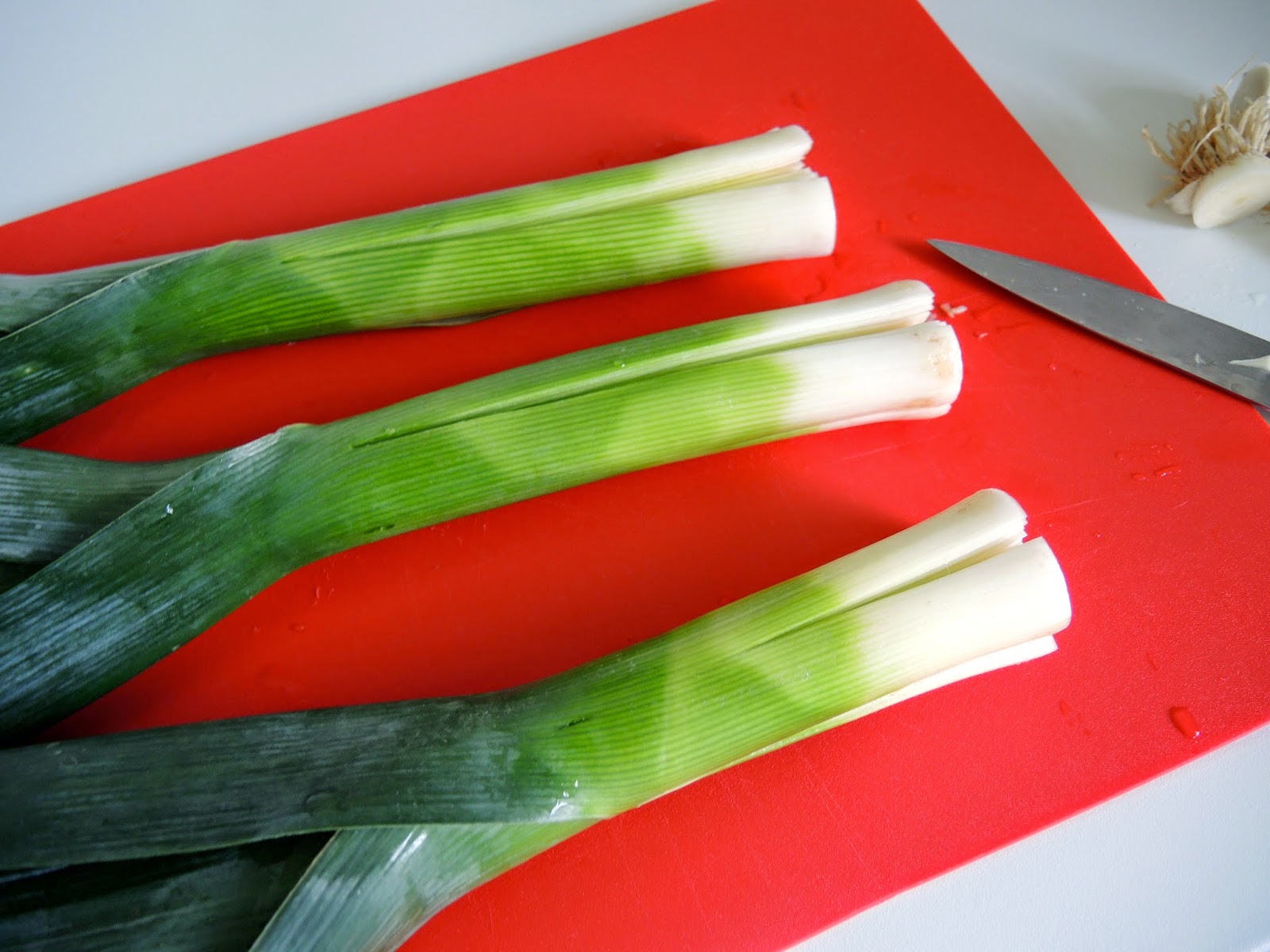 Thoroughly wash and dry the leeks to remove all traces of dirt. No one wants a bite of sand or grit with their vegetables. Cut the root end off. Make a cut down the middle of each leek up to the dark green part. Give the each leek a quarter turn and make another cut so when you slice the leeks you have four pieces with each cut. 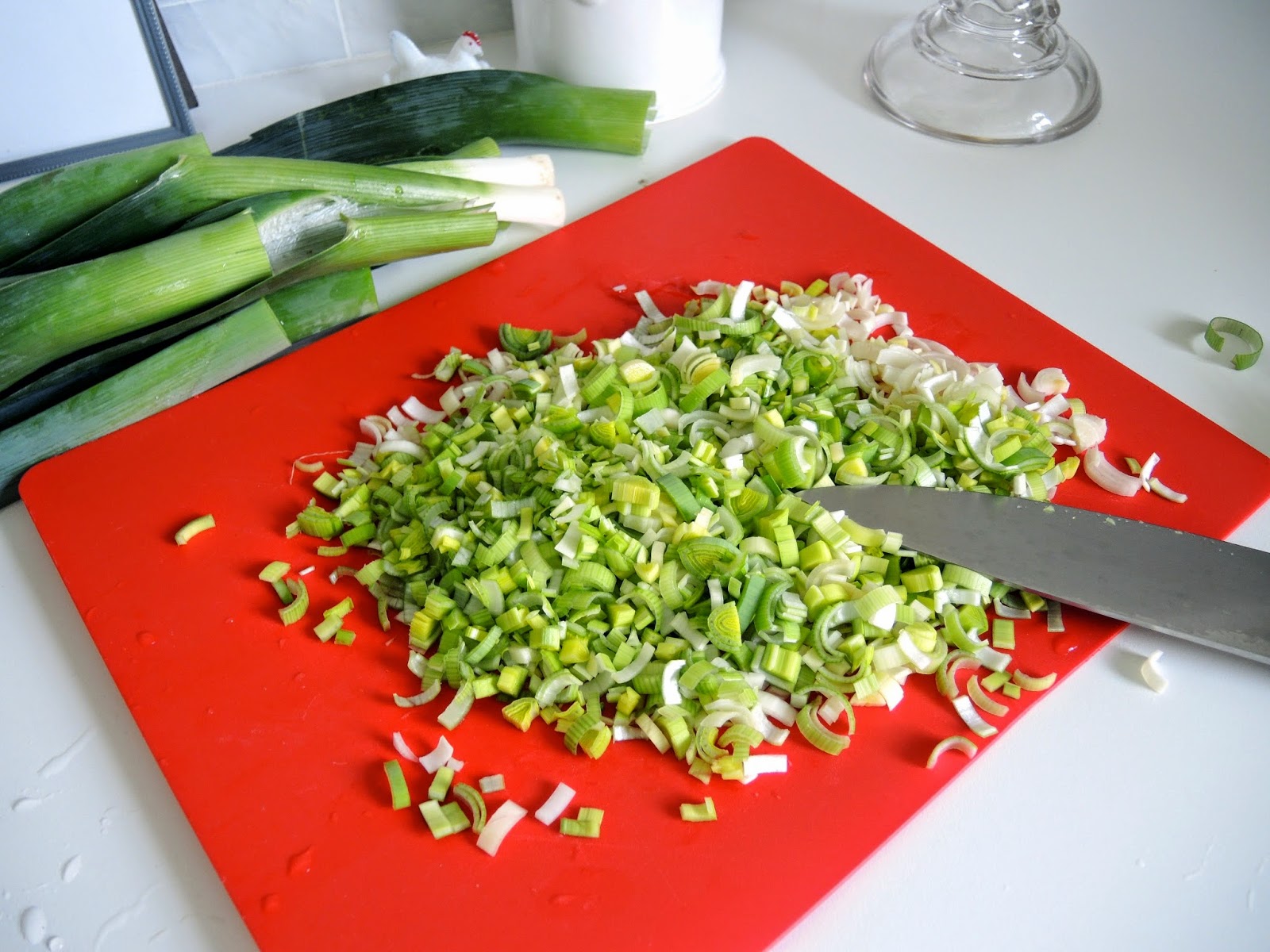 Use the white and light green parts of the leeks only. The dark green is too tough. Reserve it for making soup stock if desired. 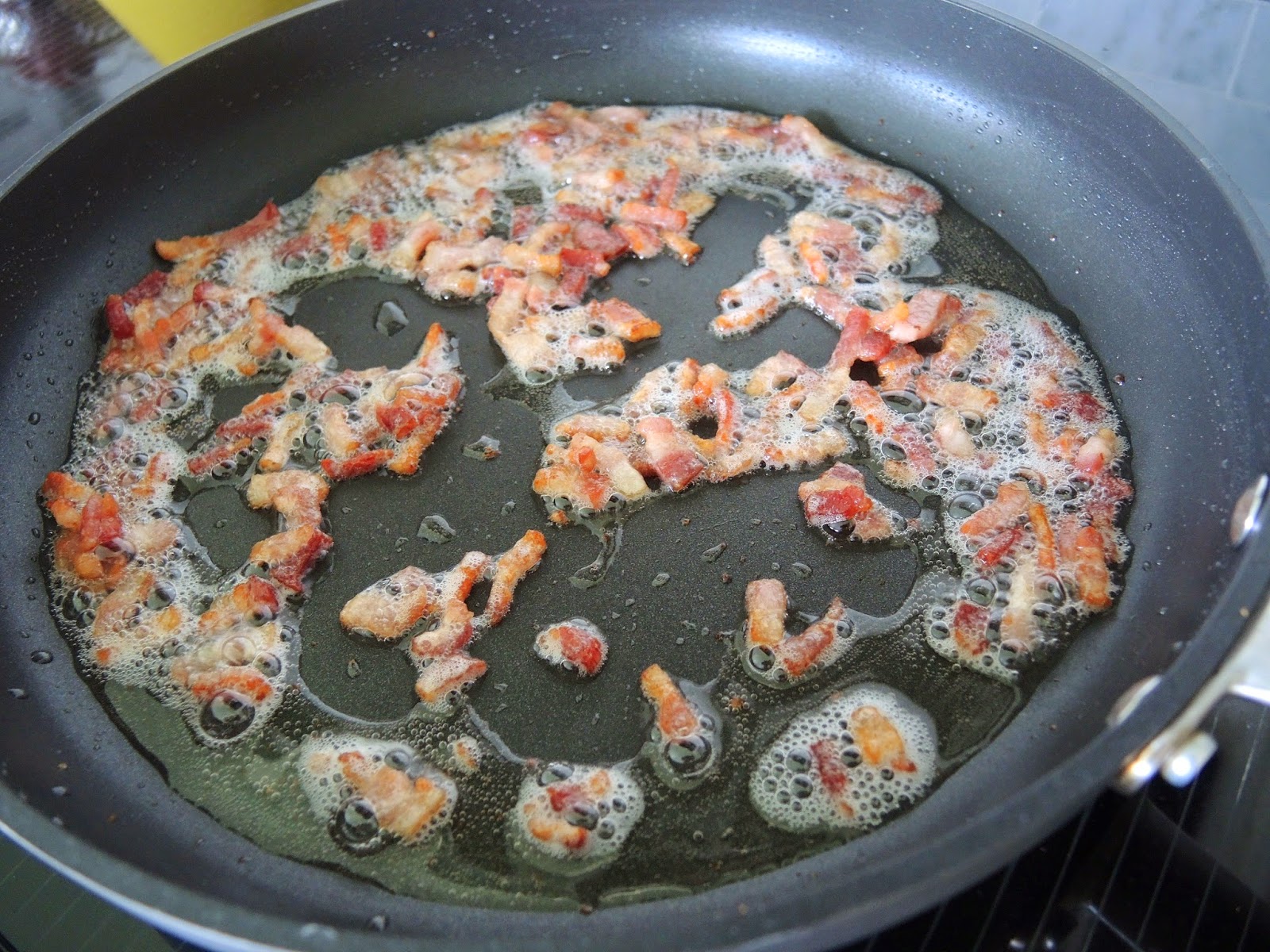 Sauté bacon until brown and crisp. Remove all but 2 tablespoons (30 ml) of bacon fat. 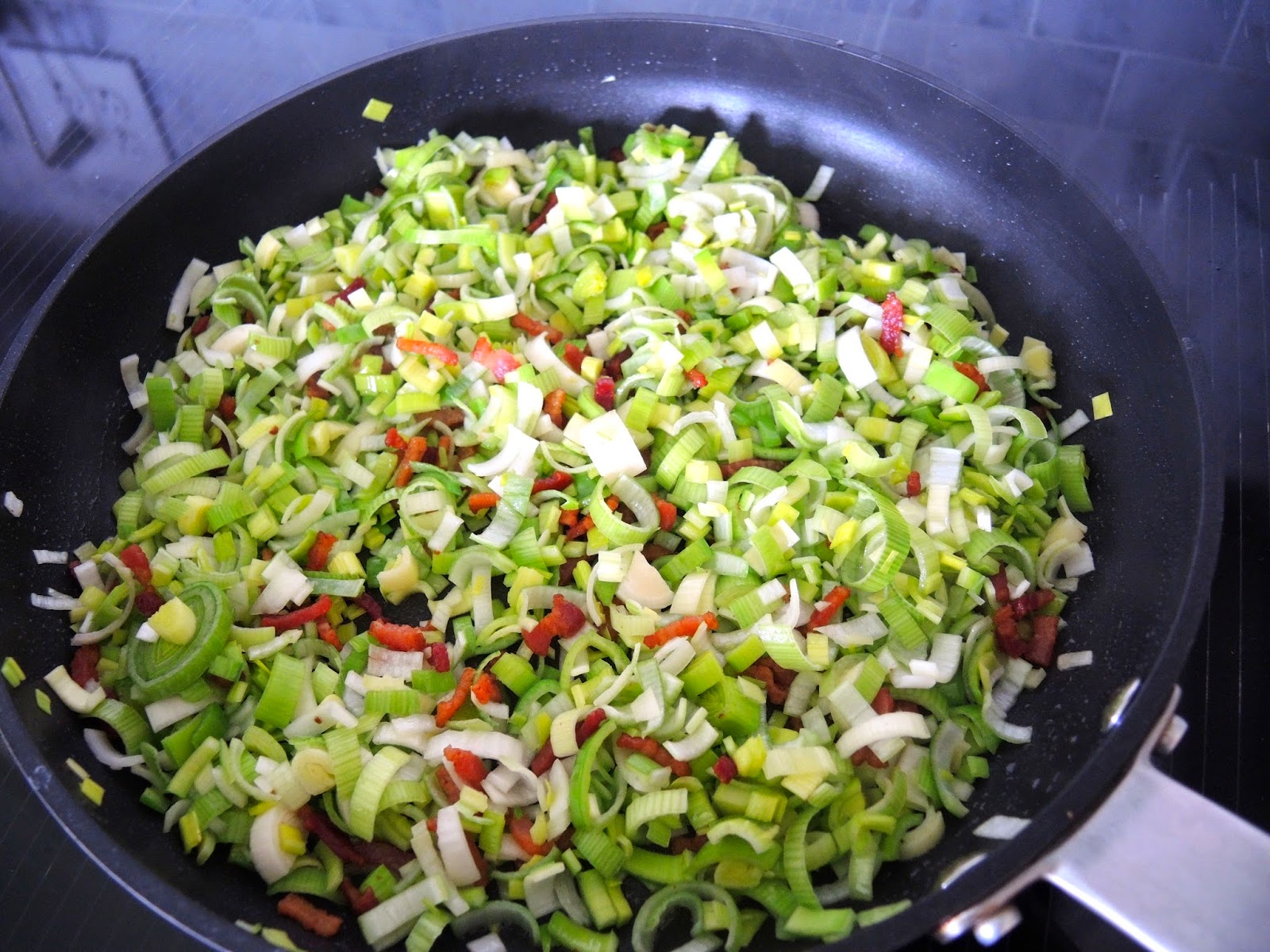 Add the leeks and cook over low heat until the leeks are very soft about 10-15 minutes. Cover the pan to help sweat the leeks during the process. 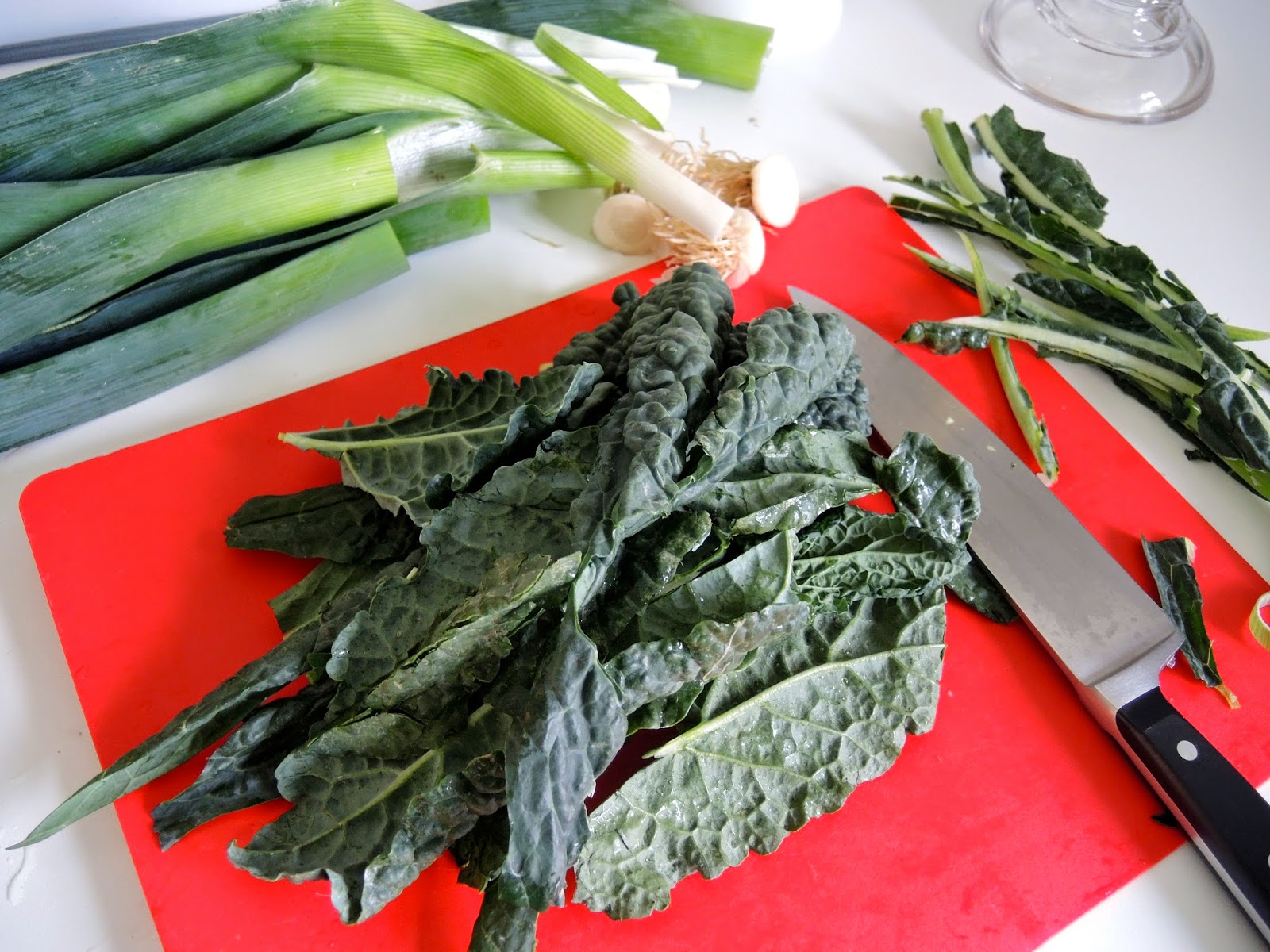 Remove the thick stalks from the middle of the kale. Rough chop into small pieces. Add to the leeks and bacon and sauté a minute or two until wilted. Add cream, salt, and pepper. 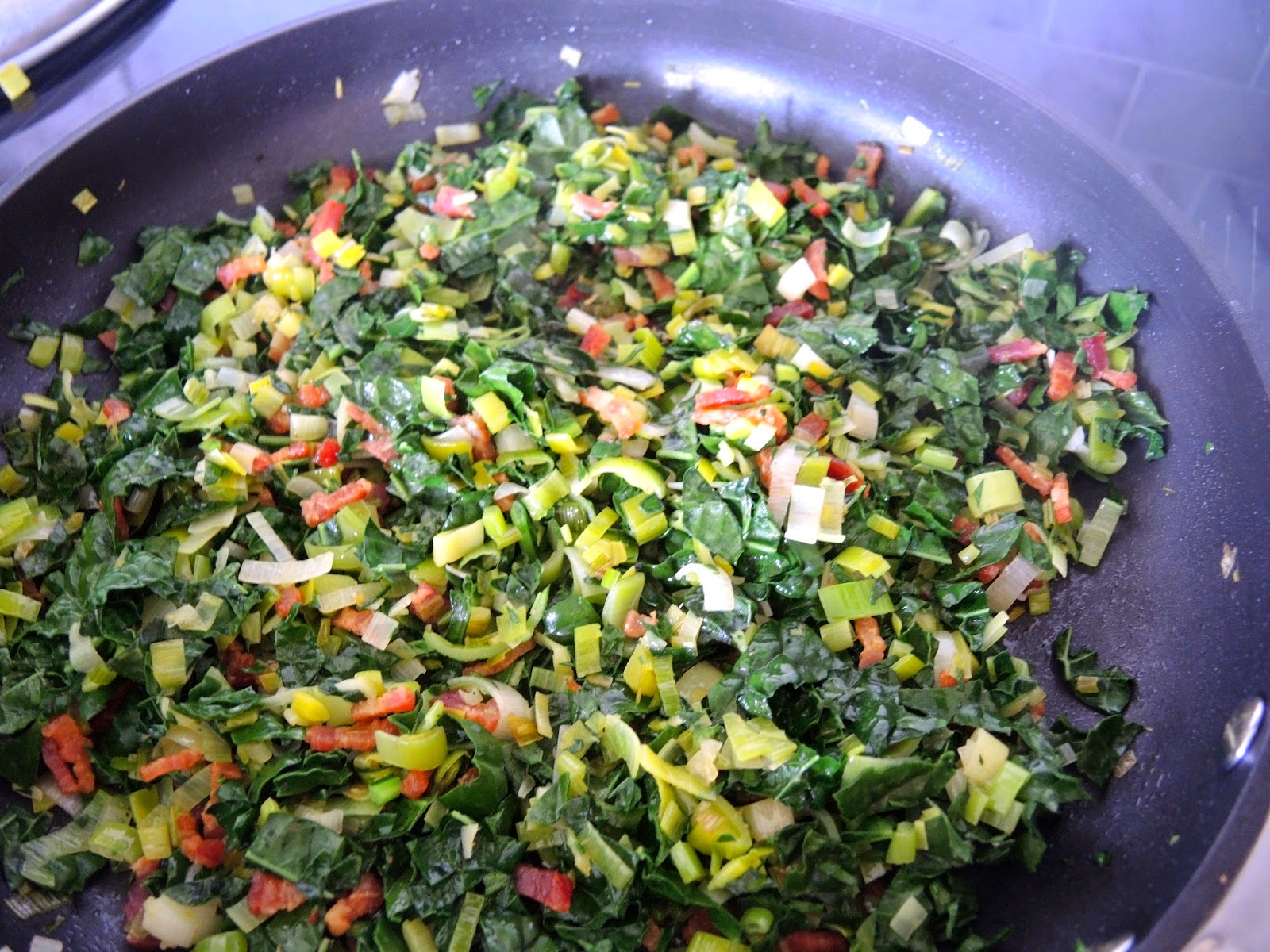 Sauté bacon in a skillet until brown. Remove all but 2 tablespoons (30 ml) of bacon fat. Add the leeks and cook on low heat for 10-15 minutes until very soft. Add the kale and sauté until wilted about 1-2 minutes. Add cream, stir to combine. Season with salt and pepper. Serves 4-6. 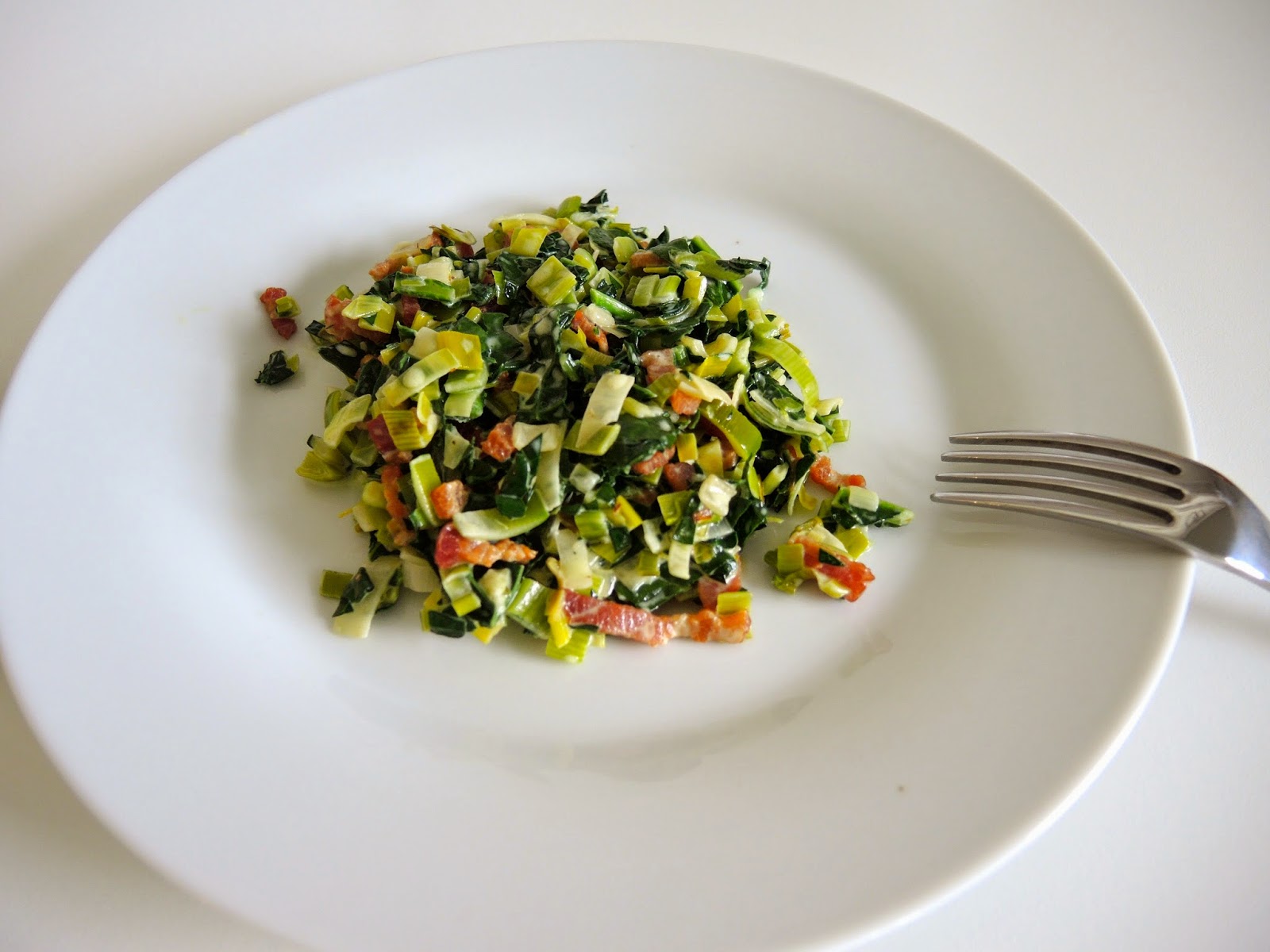 Posted by Kitchen and cake at 9:58 PM