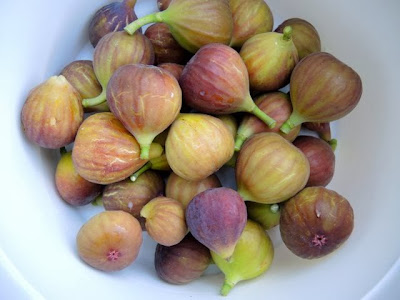 Many years ago my late husband and I were returning to Palo Alto from skiing in Lake Tahoe. We had left earlier than usual because a storm had blown into the area. It seemed everyone had the same idea. As the mountains faded behind us the driving snow turned to pouring rain and the traffic went from a crawl, to stop and go, then it stopped all together. This was before cell phones, so we had to rely on the radio for information. We learned the freeway had been closed due to flooding. Finally able to exit the freeway we stopped for gas before finding an alternate route home. Chris ran into the convenience store as the car’s tank was being filled. A moment later he opened the car door and handed me a package of Fig Newton cookies and a carton of milk. When I asked what it was he said, “Dinner!” Our normal four hour drive ended up taking eight.

I have always been a Fig Newton cookie fan, but I had never had a fresh fig. Later that year when the season hit I bought a small basket of fresh, plump, purple figs from our favorite produce stand. Figs are delicate. They don't travel well, which is probably why I had never had one before. It was love at first bite. 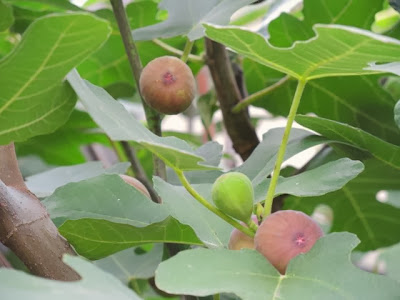 When I left California I decided to find a variety that would grow in the Midwest. It wasn't easy, but eventually I was successful. I thought it would be a small shrub, which it was for many years yielding only a few coveted pieces of fruit each season. But now it is gigantic. While probably not the best for the house, it thrives in its sheltered location. It now produces bumper crops of figs. 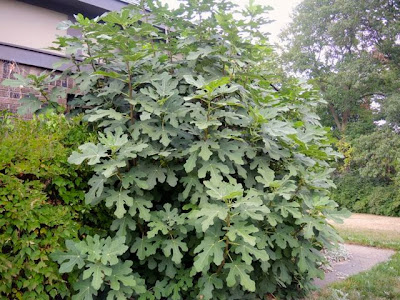 Here are two of my favorite ways to use my abundant yield. The first is a simple fig compote, which could also be made into jam by increasing the amount sugar and cooking the figs a little longer.

The second is an even easier recipe for roasted figs. I love to roast fruits and vegetables. It intensifies the flavors and sugars. I don't add any sugar to the roasted figs because I don't think they need it. Feel free to if you prefer the fruit sweeter. There isn't a lot of sugar in the compote either. I prefer to let fruit shine on its own. 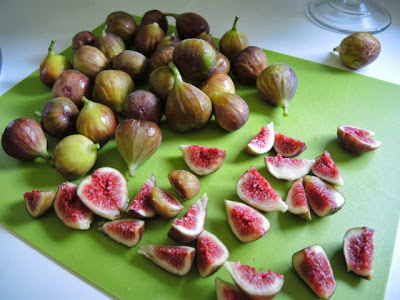 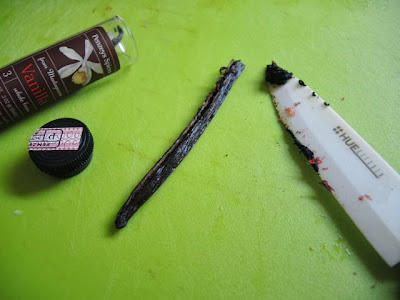 Wash, dry, de-stem, and quarter fresh figs. Split a fat vanilla bean and scrap out the seeds with a sharp knife.

Put figs, sugar, and vanilla bean in a medium saucepan over medium heat. 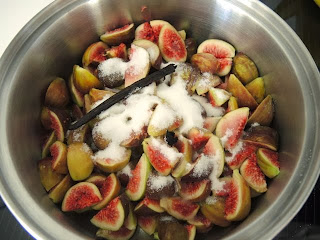 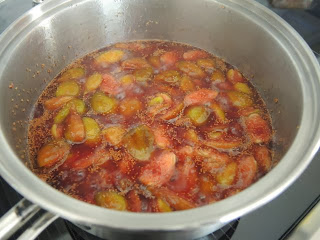 Allow the fruit to simmer gently until figs are soft. Mash with a potato masher so there are rough chunks of fruit throughout.

If you prefer the sauce to be more like jam increase the sugar to taste and purée in a food processor. 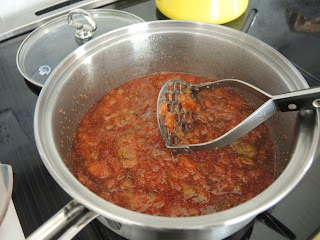 Use the compote as you would any fruit sauce. It is delicious over ice cream or pound cake. My favorite is drizzled on slices of Honeycrisp apple, (cores removed) with goat's cheese and walnuts. It makes a tasty afternoon snack. 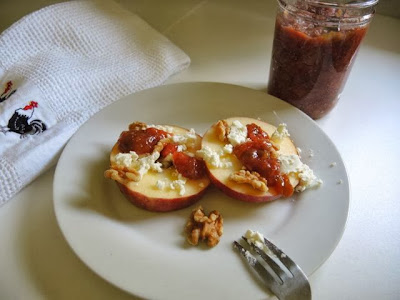 Gently wash and dry figs. Remove stems and cut into quarters. Put in medium saucepan with sugar, vanilla bean, and scrapped seeds. Cook over medium heat uncovered until the juices are released and the fruit begins to boil, reduce heat to low and cook until fruit is soft. About 15-20 minutes. Remove from heat and mash with a potato masher.

Store in a glass jar in the refrigerator. 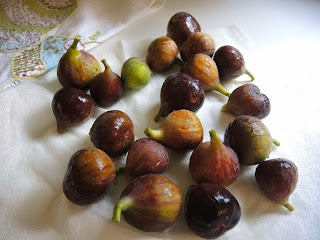 Preheat the oven to 350℉ (175℃). Gently wash and dry figs. Remove stems and cut into quarters. Place on a rimmed baking sheet cut side up in a single layer. Roast 30-40 minutes until the fruit is soft and juices begin to caramelize. Cool slightly on the pan then transfer to a clean glass jar making sure to get all the cooked juices. Store in the refrigerator. 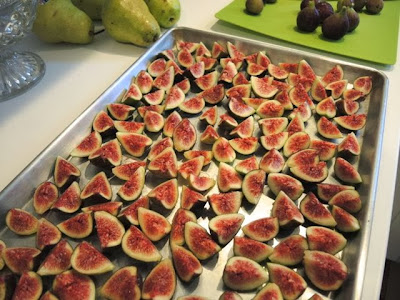 You can make this recipe with any amount of figs. Just make sure they are in a single layer on the baking sheet. Use more than one baking sheet if necessary. 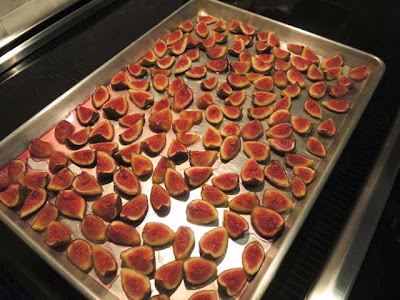 Keep an eye on the figs so they don't burn, but allow the fruit to get soft and the juices to start to caramelize.

I like to serve the figs warm over good quality vanilla ice cream. Caramel ice cream would also be delicious. 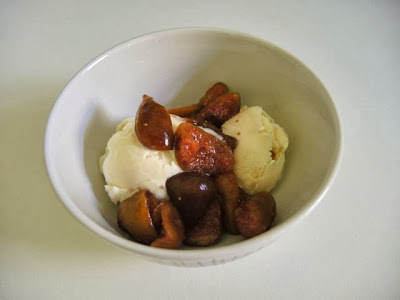 Posted by Kitchen and cake at 9:22 PM